Roots Deeper than Whiteness – Session One

The Presbytery has resourced materials to create an educational opportunity for everyone to explore their relationship to their own identity as people who are White, but also to recognize how the racism in our community and in national immigration policies fosters abuse and exploitation by employers. People of Reformed traditions know that you cannot change something that is not named, so we hope to name our privelege and the racism around us. Only then can we become the anti-racst community that God calls us to be.

Many of the ideas and phrases used to introduce this course are taken from Eleanor Hancock and David Dean’s work in the Roots Deeper than Whiteness Course that some of us took this past fall. Facilitators weave in their thoughts, applying the course material to our own context of the San Jose Presbytery.

From the start, Eleanor and David emphasized that they wanted the course to be holistic, and we reiterate that here. That is, besides deepening our spiritual journey as we walk with Christ through Lent and challenging our minds by learning new information, we also want to provide a nurturing space to allow our emotions and feelings to surface and remember that we inhabit real bodies where some of these feelings are stored.

17-25 “Pay close attention now:
I’m creating new heavens and a new earth.
All the earlier troubles, chaos, and pain
are things of the past, to be forgotten.
Look ahead with joy.
Anticipate what I’m creating:
I’ll create Jerusalem as sheer joy,
create my people as pure delight.
I’ll take joy in Jerusalem,
take delight in my people:
No more sounds of weeping in the city,
no cries of anguish;
No more babies dying in the cradle,
or old people who don’t enjoy a full lifetime;
One-hundredth birthdays will be considered normal—
anything less will seem like a cheat.
They’ll build houses and move in.
They’ll plant fields and eat what they grow.
No more building a house
that some outsider takes over,
No more planting fields
that some enemy confiscates,
For my people will be as long-lived as trees,
my chosen ones will have satisfaction in their work.
They won’t work and have nothing come of it,
they won’t have children snatched out from under them.
For they themselves are plantings blessed by God,
with their children and grandchildren likewise God-blessed.
Before they call out, I’ll answer.
Before they’ve finished speaking, I’ll have heard.
Wolf and lamb will graze the same meadow,
lion and ox eat straw from the same trough,
but snakes—they’ll get a diet of dirt!
Neither animal nor human will hurt or kill
anywhere on my Holy Mountain,” says God.

The Colonial Invention of ‘Whiteness’

Jaqueline Battalora, Ph.D., J.D. author of Birth of a White Nation, gives a talk on the legal history that proves these three claims:

The colonies of Maryland and Virginia were rich economies based on tobacco, and governance included the management of a labor pool to tend tobacco farms and the management of women’s ability to marry or hold property. Miscegenation laws are a Colonial departure from British Common Law that structured society by punishing marriages between white women and men of African or American Indian heritage for 300 years. Bacon’s Rebellion, which lasted more than a year, and which held support from 30% of the population in the colonies, taught Virginia’s colonial legistlators that “A united labor force is a threat to the form of capitalism taking hold in the colonies.” They wrote back to England that future rebellion would be prevented through a “divide and conquer” strategy. What followed were sets of laws, starting 1841, that not only defined the new classification of White as superior to African and Native American, but also centered patriarchal power in White males.

After the American Revolution, Congress passed Naturalization laws that remained in place from 1790 – 1952, requiring naturalized citizens to be White. This has had a significant impact on the treatment of nonwhites by denying them a political voice, and by keeping them in a state of dependent, cheap labor. The systemic advantages conferred to whites in generations since led us to the socioeconomic divides we experience today.

Hopefully, as we continue on through this course, we will begin to see how the divide and conquer model still plays out today, how a multi-racial resistance movement persisted throughout our history in spite of attempts to destroy it, and how we can connect to that legacy to build a truly powerful cross-racial united movement to create the world that all of us need. 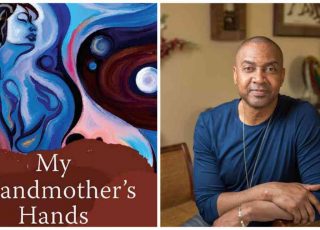 Roots Deeper than Whiteness – Session One